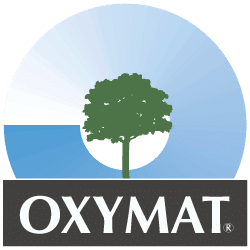 The production of biogas has become more and more widespread. To reuse products such as animal manure, municipal waste, food waste, and other biproducts from various food processing industries has been established as a sustainable method of energy production. Biogas is typically produced at smaller decentralized plants where the biogas is either
distributed into the natural gas grid or used directly onsite in a combined heat and power (CHP) gas engine.

The sulfur is accumulated on these surfaces, where it eventually will reenter into the liquid biomass. Here it is partially converted into hydrogen sulfide as well as being flushed out with the degassed slurry.

Using an OXYMAT oxygen generator to produce the required amount of oxygen for the desulfurization process has proved to be a reliable and price worthy solution at many biogas plants. The consumption of oxygen in biogas plants typically begins at flow rates of 10 Nm3/hour and increasing. As the desulfurization process is insensitive to the gas purity, purities can
range from 93 to 95 % pure oxygen.